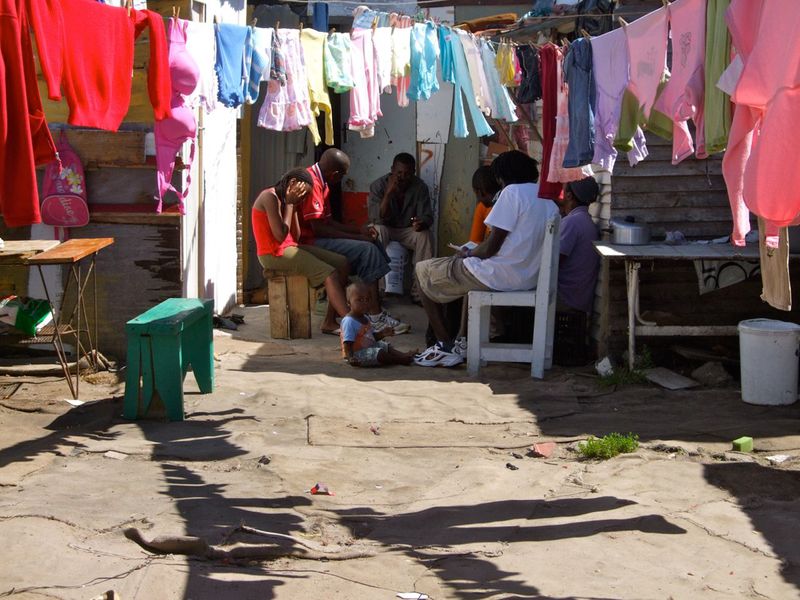 the spirit of the sovereign Lord is upon me, because the Lord has chosen me. He has commissioned me to encourage the poor, to help the brokenhearted, to decree the release of captives, and the freeing of prisoners, to announce the year when the Lord will show his favor, the day when our God will seek vengeance, to console all who mourn...

To hear about what Jesus is doing in this world is a blessed thing. His work in current generations is truly astounding. His kingdom is being made known in places that have never known it before and in ways that are hard to imagine. Just in the past 10 or 20 years, workers have been seeing large-scale works of the Spirit of God across the globe where thousands of people come to know Jesus, exploding Christ’s kingdom into places it’s never been before.

It’s in this that our vision begins — with an excitement and desire to see this movement toward Jesus in and through our life. We firmly believe “Africa…!” is the call God has put before us.

Cape Town was the first major stop on this journey. There we started working with an organization called All Nations. The vision that drives their work in Africa is simply this: “…from Cape Town to Cairo…” It is coupled with the firm belief that Jesus is doing a work in Africa and is wanting to see an explosion of His kingdom on this continent.

Strategically, Cape Town was a significant stop for our work and training. Many of the varied tribes, tongues, and nations of Africa converge in the townships located there. We were able to learn, grow and see what bringing God’s kingdom on this continent truly looks like, in an open environment.

We were present in the communities, letting the light of Christ shine forth. We were getting into the homes of people — people of Xhosa, Zimbabwean, and Malawian descent (among others!) — and discipling them to disciple nations. If each member of a family of 2 is mobilized to disciple families (and that cycle continues) by the 5th generation of discipleship a potential of 32 families (or more depending on family size!) could be touched and an entire community forever changed. By the 10th generation, that could be 1024 families! And if these families of foreign descent decided to move “home” — nations would be changed.

We firmly believe that discipleship is about entire life transformation here and now (as well as eternity). Life doesn’t “start” in heaven anymore than it “stops” when we die. Ministries that speak to this holistic redemption are near to our hearts. For Julianna, she worked with a children’s program that provided basic necessities and community (through a kid’s club) for orphaned and nearly orphaned children. For Brandon, budgeting and finance classes to empower men and women to take responsibility for their God-given resources and computer training seminars were ways that this was being worked out. As needs change, these ministries will likely change as well.

In March 2014, we moved to Nairobi, Kenya. We took what we learned in Cape Town and used it to establish an All Nations presence in eastern Africa, focusing on areas where the Gospel is not yet. We coached and discipled local leadership as movements emerged, training and discipling strategic partners in new paradigms of mission, and providing a base of operations through which All Nations could operate. As we transitioned back to Cape Town, we left having seen movement started and continue. The work in Uganda currently has more than 4500 groups established and is reaching upwards of 60,000 people!

We also firmly desire to mobilize and provide resources to spur others in missions. In 2019 we moved back to Cape Town to work with All Nations in this area. Brandon acts as a lead in organizational strategy and development, as well as pioneering new methods and training both indigenous leaders and cross-cultural workers. Julianna works with All Nations’ communications, both within All Nations and external development. Both Brandon and Julianna are committed to raising up African leaders to transform Africa and feel honored to be called by God to work with him there.